You're now at: 5 Jan Pieterszoon Coenstraat

Jan Pieterszoon Coenstraat (1587-1629) is now one of the most popular streets in Lombok. But who was Coen? The governor-general came to the Indies in 1607 as a merchant. By the nineteenth century, Coen was seen in the Netherlands as a hero, the founder of Batavia, an excellent military commander, and a born leader. This legacy is usually linked to what the VOC supposedly stood for. Under the leadership of Coen, the Netherlands pursued a monopoly on spices such as nutmeg and mace (1). But this came at a price, including crimes committed against the local population.

In 1621, Coen sent VOC soldiers for a punitive expedition to the island of Banda. The soldiers burnt indigenous homes and boats and were responsible for the murder of more than 10,000 Bandanese. Coen's own notes show that those loyal to the Orang Kaya (the local leaders) often chose to commit suicide by jumping off cliffs instead of being captured by VOC officials. One particularly brutal event during this expedition was when Coen ordered 44 Bandanese leaders who had been declared guilty of conspiracy against the VOC to be decapitated by Japanese mercenaries.

Banda was virtually depopulated and those who survived fled to the mountains, where they were subject to poor nutrition and starvation, or enslavement. Through this elimination of 'competition', the VOC maintained control over the spice trade in the East. Under Coen's leadership, the Banda Islands were transformed into the first VOC plantation, with enslaved peoples imported to replace the massacred indigenous islanders. These plantations drew their forced labour mainly from South Asia. To maintain their monopoly, the VOC conducted 'hongi tours'. During these expeditions, smugglers were tracked down and punished, allowing the VOC to keep their prices high. (2) Coen's actions on the Banda Islands were criticised during his own time and have continued to be so, with several scholars labelling them as acts of genocide (3). An example of this criticism is the artwork of Tineke Fischer in the Westfries Museum in Hoorn. Fischer depicts the depopulation of the Banda islands through nutmeg balls (4). The nutmeg balls and the mace can be seen as skulls which symbolise the victims who fell under of Coen's orders, questioning the price paid for the spice trade monopoly. Coen's role as governor-general was not only immortalised through the street to which he gave his name but also by the statue of him which still stands on the front wall of 127/127a. 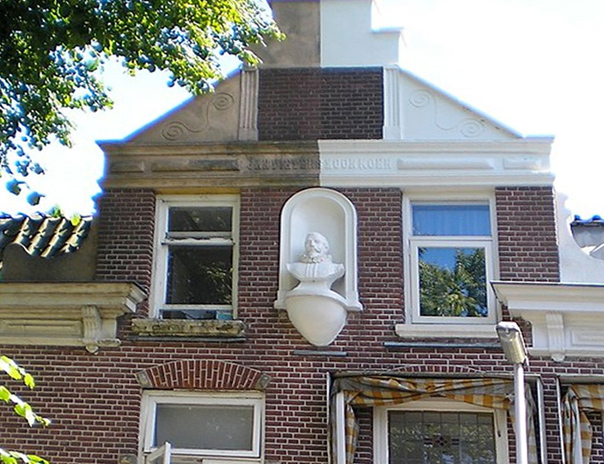 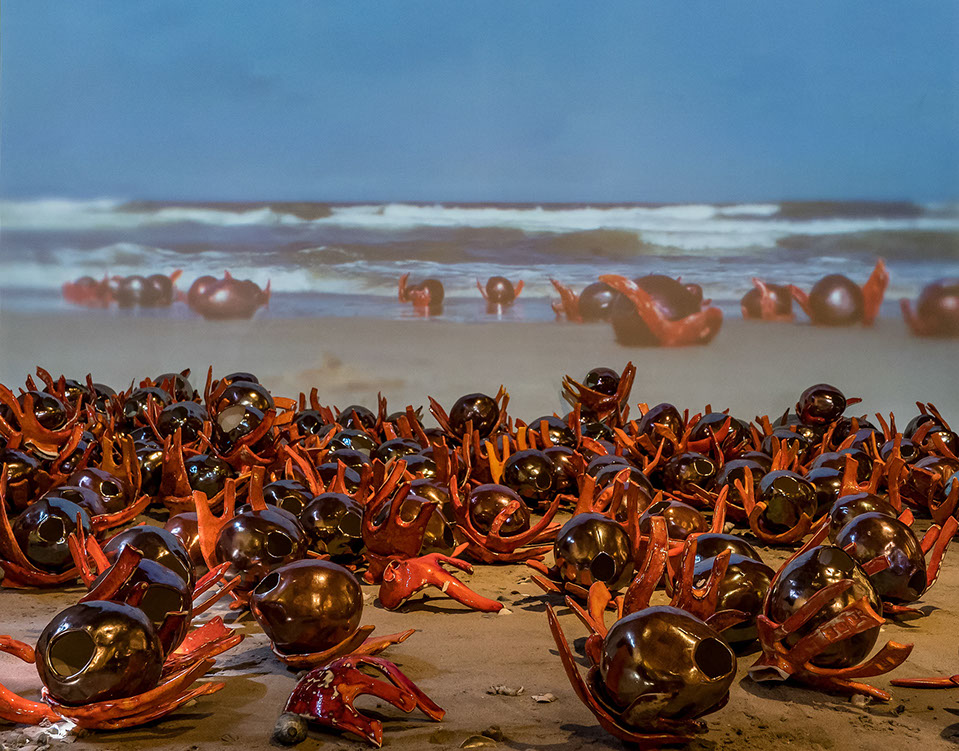 Continue down J.P. Coenstrat towards the crossing. Here you can find Kopi Susu.
Go to the next spot
The tour covers 12 points in the Lombok neighbourhood. It begins at Molen de Ster. Click on the map for more information about this point...
1