You're now at: 4 Van Heutzstraat

VOC governor-generals enjoyed honoured status for many years. In the nineteenth century, one of the particularly venerated ones was Johannes Benedictus van Heutsz (1851-1924), who gives his name to this street. Van Heutsz was an officer of the Royal Dutch East Indies Army (KNIL) between 1904 and 1909. He was a prominent figure during the so-called 'Aceh War' (1873-1904). At the beginning of the war, the Netherlands appeared to be on the losing side and the Dutch public was highly critical of this. In 1898, Van Heutsz was put in charge of the military in Aceh, and the tide began to change.

One of the reasons for the initial Dutch failures in the conflict was a lack of expertise in guerrilla warfare (1). The guerrilla forces were commanded by Tjoet Njak Dien (1848-1908). However, her tactics did little to stop Van Heutsz, who in 1904 commanded his troops to kill 3,000 men, women and children in the upper valleys of Aceh. The Netherlands emerged victorious and Van Heutsz was glorified as a hero. He was also appointed governor-general on the Indonesian Archipelago. Van Heutsz was seen in Dutch historiography as an important figure of Western civilisation at the beginning of the twentieth century (2). This heroic status was cemented in Utrecht with Van Heutszstraat, built around 1920.

The perception of Van Heutsz as a national hero remained prominent in the Netherlands and in 1935 a monument was erected in his honour at the Apollolaan in Amsterdam-Zuid. (3) However, even at the time, some saw this celebration as problematic and the first criticisms of Van Heutsz' deeds began to circulate. A piece of evidence which became prominent during the time was a photograph taken in Aceh, shortly after a mass murder took place under the orders of Van Heutsz (4). 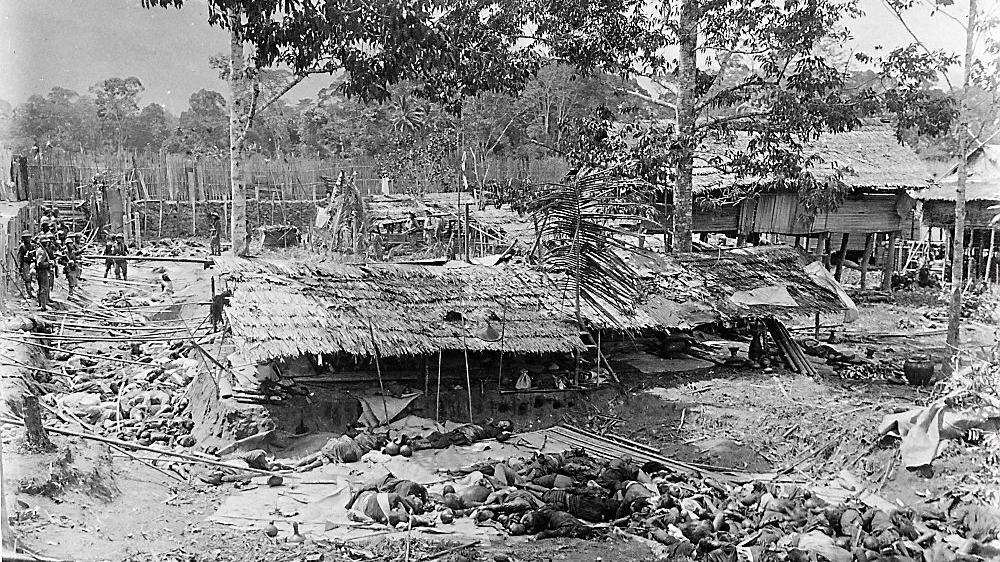 
After a long period of controversy around the monument, the 'Committee for the Commemoration of the Fallen in the Dutch East Indies' filed a request for a name change in 1998. In the end, the name 'Monument Indië-Nederland' was chosen in 2001 and Van Heutsz was no longer honoured.

Turn left onto Vleutenseweg at the end of Van Heutszstraat and immediately left again on J.P. Coenstraat. On the leftside of the street you wiill see the bust of J.P. Coen [maybe say which house number it is above?
Go to the next spot
The tour covers 12 points in the Lombok neighbourhood. It begins at Molen de Ster. Click on the map for more information about this point...
1